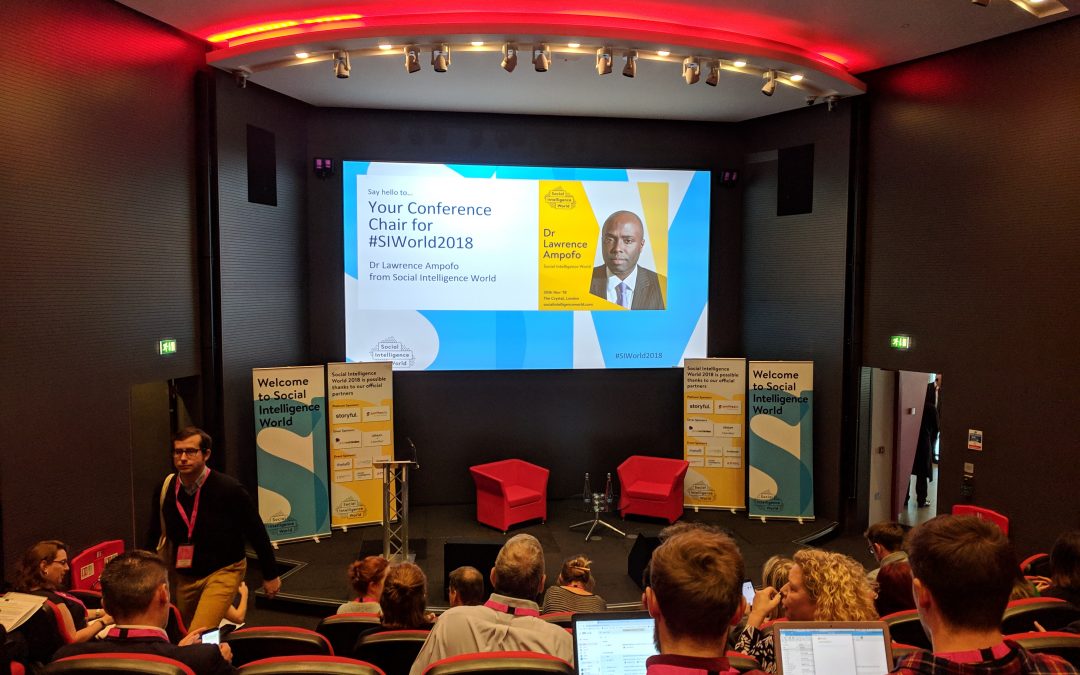 What did I learn at this conference?

The first thing that I learned was the degree of maturity that this area of marketing has reached among practitioners. We need to remember the social media landscape as we know it is still fairly new. If the main platforms being used for social intelligence (facebook and twitter) were people, they would still not be able to buy alcoholic drinks by themselves! Yet, the kind of discussion that I gathered from the speakers and the attendees was the drive of the industry to move away from mere lurking of what people are saying on this platform (social listening) but instead analysing and identifying actionable insights from this data by transforming it into useful information (social intelligence). On this matter, there were several speakers discussing the role of artificial intelligence (AI) to enhance and extend the work of analysts to perform a more accurate analysis. The overall feeling was that AI would not completely substitute analysts, but rather extend their capabilities in an environment increasingly overwhelmed by large amounts of data sources. This is in line with the discussion we had earlier in 2018 during the Academy of Marketing conference, where a similar prediction was also identified by the attendees.

Another theme that emerged from my discussion with the attendees and the workshops at this conference was the difficulty that many marketers still faced when they’re trying to receive investment from the C-suite in platforms that can enhance the outcomes of their analysis. Even within large organisations, it appears that the value of social intelligence is not evident to many directors and decision makers. Some of the advice provided at the conference was to identify how different stakeholders might benefit from the insights provided by social intelligence, and to tailor the outcomes to those needs in order to demonstrate more easily the value of investing not only on technology, but also on specialists with the skills needed to manipulate and analyse data. 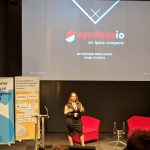 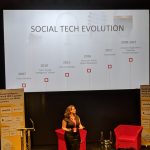 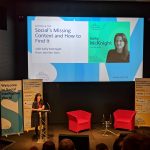 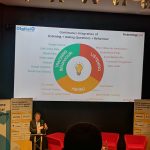 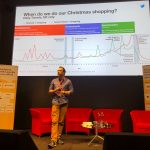 It appears that many other conferences related to social intelligence were mainly organised by the suppliers of software to do social listening. At the Social Intelligence conference, this was different. Yes, the usual suspects were present and had stands and talks at the conference, yet the discussion was beyond the sales pitch and the fact that other competitors were also there, it also meant that speakers had to keep claims of what their platforms can actually do at a more realistic level.

I also liked that despite having probably just over a hundred people attending the conference, it still felt intimate and manageable for networking and to meet other people working in social intelligence. This also meant that the speakers were also quite accessible, and in fact, I had the chance to talk to several of them during the coffee breaks. Compared to other large-scale conferences like the Web Summit, which gather over 70,000 people, this was a refreshing change.

Overall the conference exceeded my expectations at different levels. Firstly, it gathered social intelligence specialists from several national and international organisations, and the range of speakers was also very knowledgeable and more importantly, approachable throughout the conference.